One of the most awaited events of Mesco public school, Annual Sports Meet was inaugurated in 2019 from 21st to 23rd November in the school premises with great zeal, excitement and frolicsome atmosphere. The program began with Holy verses of Holy Qur’an to seek the blessings of almighty Allah. Our principal Mrs. Pooja Buttan welcomed the Chief Guest, Mr. Mehboob Ali, M.L.A in Uttar Pradesh legislative assembly, chairman of lok-lekha samiti, and ex-cabinet minister senior secondary schools, government of Uttar Pradesh and the esteemed gathering. She also emphasized on the importance of sports in child’s life.

The students entered into the spirit of the occasion in a grand way with Mass P.T., Yoga Performance and Pyramid Display which mesmerized the chief guest and audience. Once the races began, the air was filled with cheering and tons of encouragement for the young athletes.

The four houses, i.e AbulKalam House, Nehru House, Ambedkar House and Sir Syed house presented the specular yoga performance. The well synchronised pyramid Display was a feast to the eyes. It was followed by the Mass Drill presented by the students of all the houses. The mescoites thrilled the Chief Guest and Hon’ble management members with their enthralling performance. Boys of Class IX to XII showcased aerobics and inspired everyone to stay-fit and healthy through simple and fun-filled synchronised exercises.

The awe-inspiring Pyramid formation and Dance of different states were carried out which is appreciated by the Hon’ble guests. Various sports activities were conducted during the week for all the classes. Inter-house matches were played in discipline like cricket, long jump, kabaddi, skating, kho-kho etc. AbulKalam House (Green house) stole the show by earning the championship trophy. The athlete of the day award was earned by Kushal Chauhan of class XI A

Hon'ble Chairman in his address to the students said that the significance of such games is to inculcate the spirit of sportsmanship. He congratulated the physical education teacher and teachers of MPS for putting up a great show. He also emphasized the importance of sports in the holistic development of a student.

Hon'ble Principal Mrs. Pooja Buttan congratulated the teachers and the students of MPS for showcasing such a wonderful and well-coordinated programme. She appreciated the efforts of the Sports meet coordinator Mrs. Sadia Nizam (Vice-Principal) , Faculty and physical education teachers Mr. Ankit, Ms. Gulafsha, and Mr. Pushpendra.

On Thursday 24th of July, 2019 The investiture ceremony was organized by the school management and conducted by the teachers smoothly. The parents of the nominees of the school council were invited. Some of the parents attended the program held in the school premises and it was a great moment for them to see their children being badged. The program started with the recitation of the holy verses of the holy Qur-an to seek the blessings of Almighty Allah followed by the announcements of the post holders who were selected in school council, 2019-2020. It was a fine and fair selection which was done through an honest election on Friday, 19th of July. The Students as well as the teachers were free to vote for the Head boy – Head girl and Deputy Head boy – Deputy Head girl of their own choice. This program was witnessed by the students from 6th to 12th . The students selected for the school council were allotted particular duties according to their talent and capability. 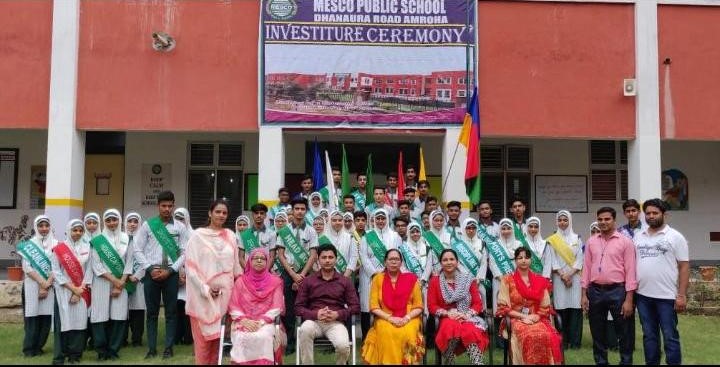 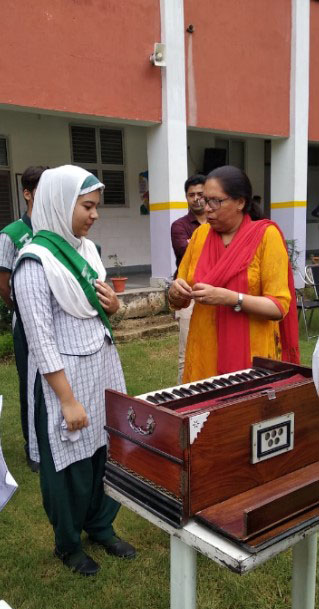 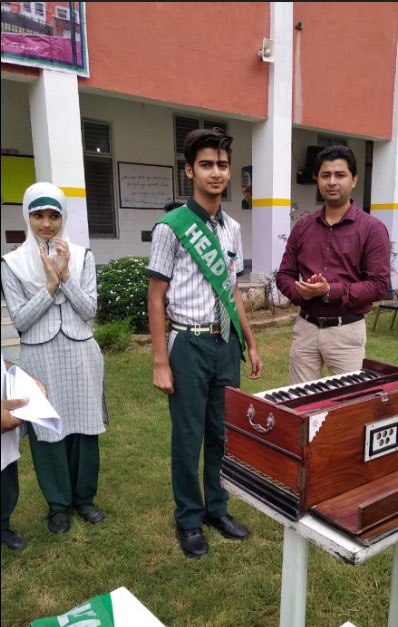 The ceremony was also attended by the parents of the students of Pre-Primary section. The celebration was commended by the welcome of Chairman Sir, Manager Sir and Principal Ma’am and coordinator Ma’am. After this, the graceful dancers of kindergarten gave a mesmerizing performance on “welcome theme”. Another heart stealing performance was the presentation graduation song. Parent representations also shared their reflection.

The most important part of the day was felicitation of graduates wherein the delighted tiny tots of Pre-Primary dressed in graduation robes and caps walked on the stage. Mesco were felicitated with certificates of graduation to the students.

At the end of the ceremony, Parents took some refreshment in the cafeteria. The program culminated with the “vote of thanks” by the coordinator and Pre-Primary teachers. It was in indeed a joyous and memorable day for the little ones and their parents. 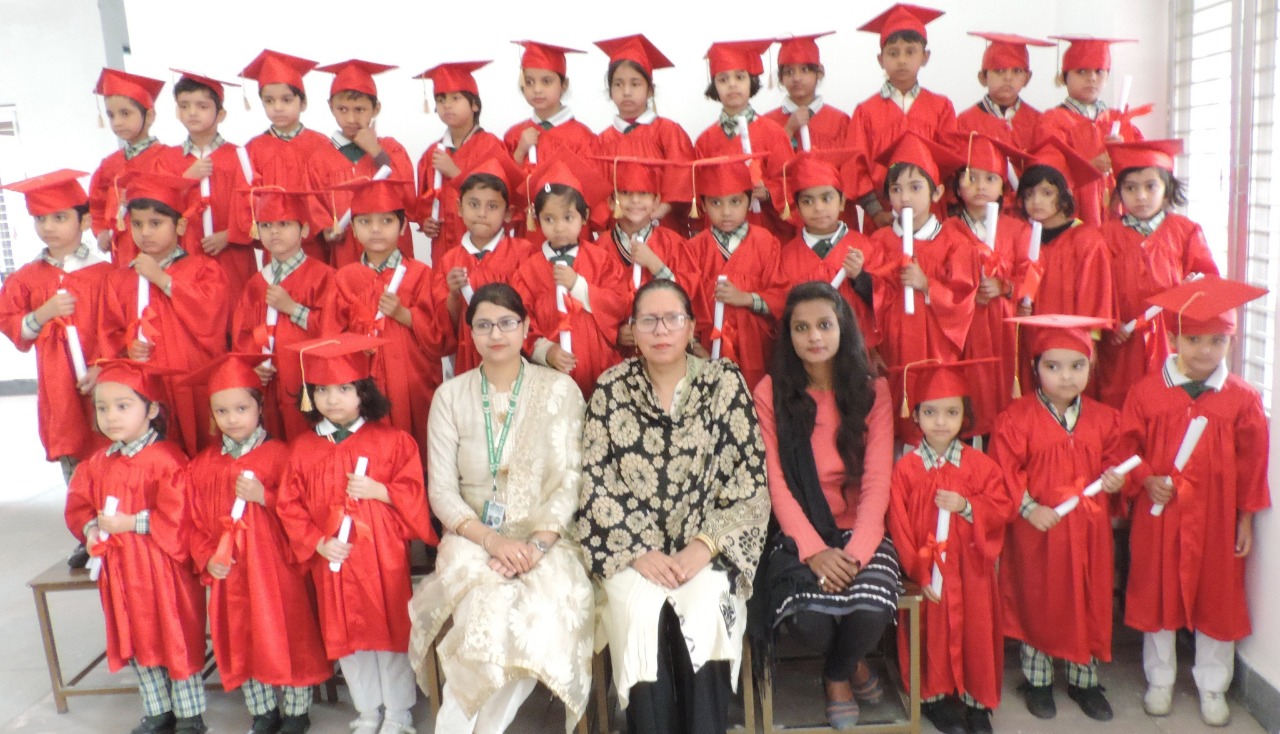 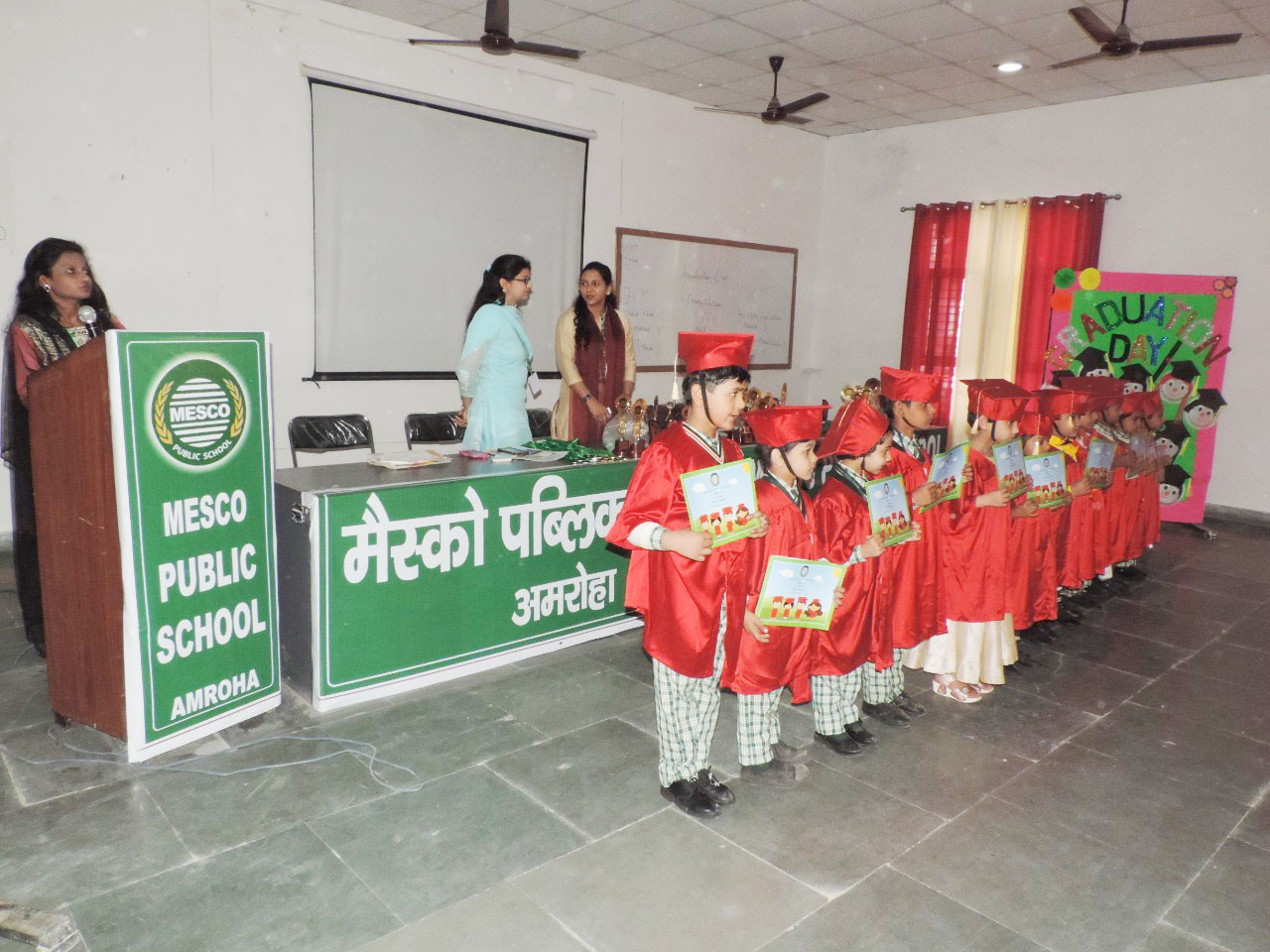 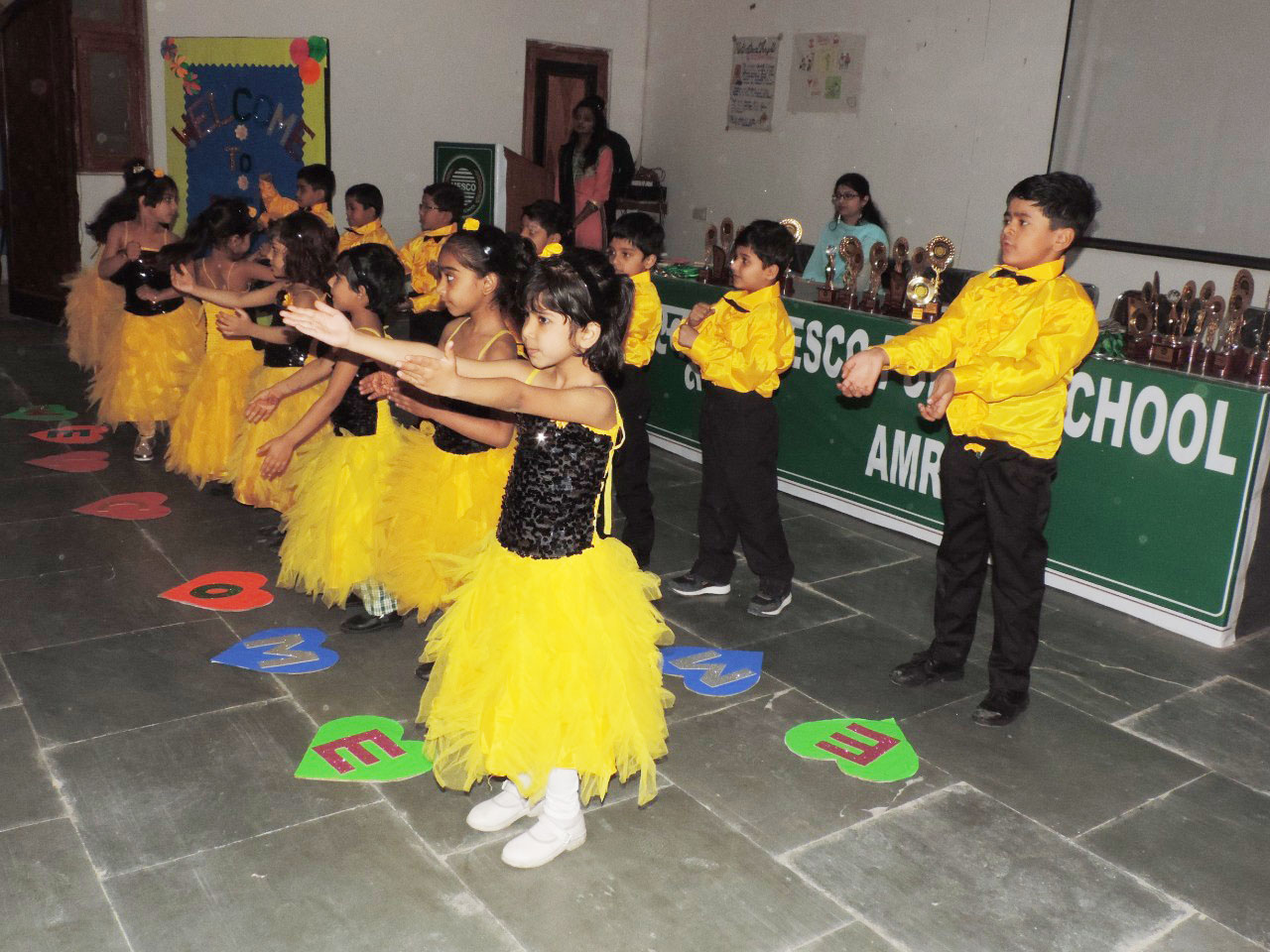 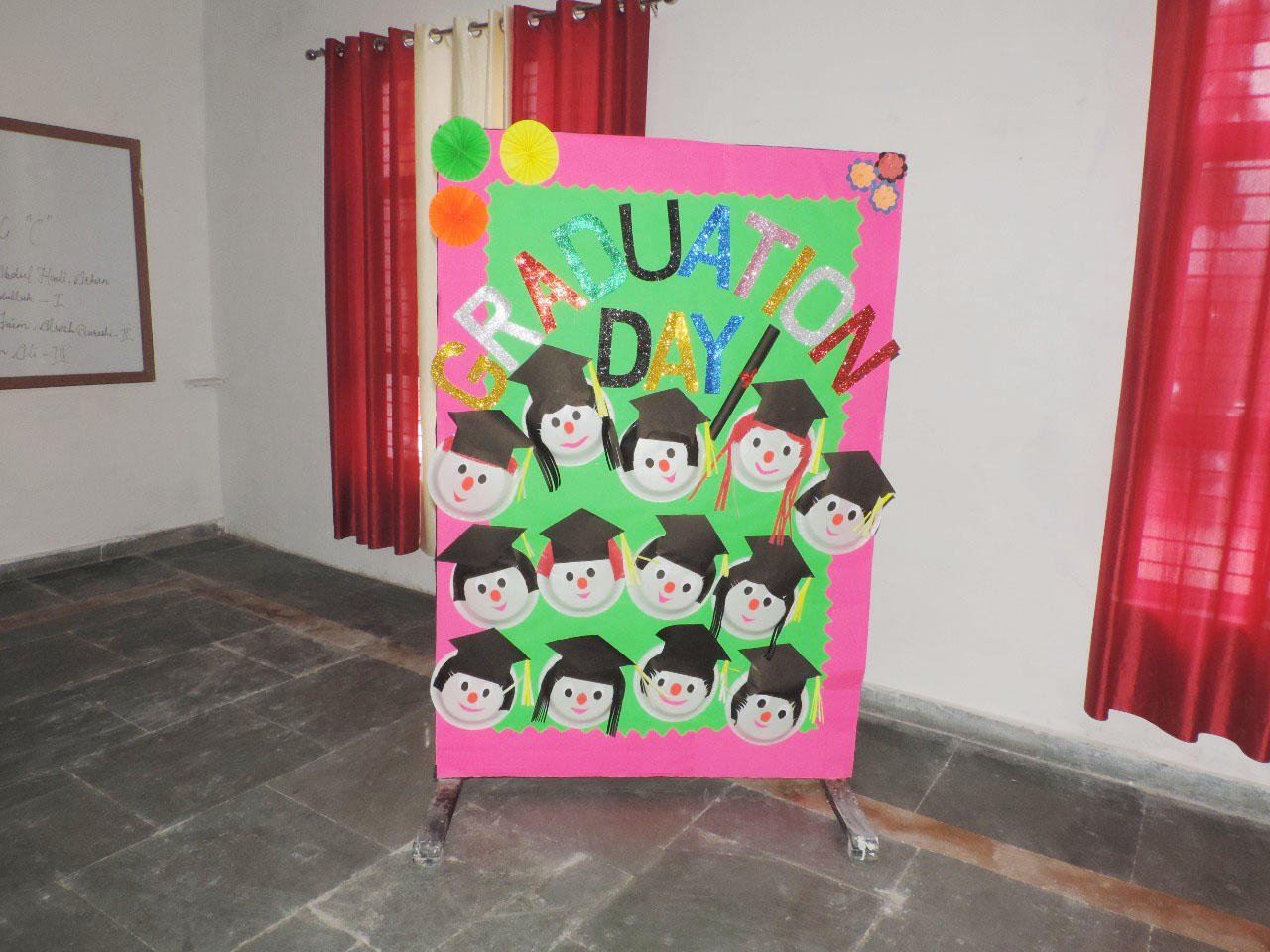 On 28th of April, 2019, Annual Function was celebrated in MESCO Public School, Amroha with great pomp and show. The entire MESCO family including teaching, non-teaching staff and the students took an active part in the programs and earned a lot of appreciation from all around.

The theme of the annual function was “Ek Mulaqaat Zindagi ke Sath” which was picked up very selectively as during the function audience passed through all the stages of life like childhood, teenage, young age and old age.

Anchoring is the charm of any program so the anchors were chosen quite selectively. There were three pairs of anchors who were very confident, fluent, and well prepared. They hosted the program very beautifully. They did not use the dais to do anchoring which is the tradition in any school. They adopted an interactive style of anchoring by moving around on the stage. As the theme was “Ek Mulaqaat Zindagi ke Sath”, they linked the program to the theme very well to make it lively and added its glory. Moreover, they did not just adhere to the script, they handled sudden changes easily like announcing for a break to offer Namaz of Magrib and to inform the parents or attendees about refreshment.

To make that evening a grand success, almost all the teachers worked very hard and prepared the students to give memorable performances on different programs. The students also participated in their respective programs enthusiastically and gave really wonderful performances to grab the audience’s attention. A complete sequence of the programs is given below.

Even other arrangements like lightning setup, sound system, seating arrangement, water arrangement, refreshment for the teachers, participants and parents were done properly. Everything was well planned and executed timely which got a satisfactory feedback from the parents. 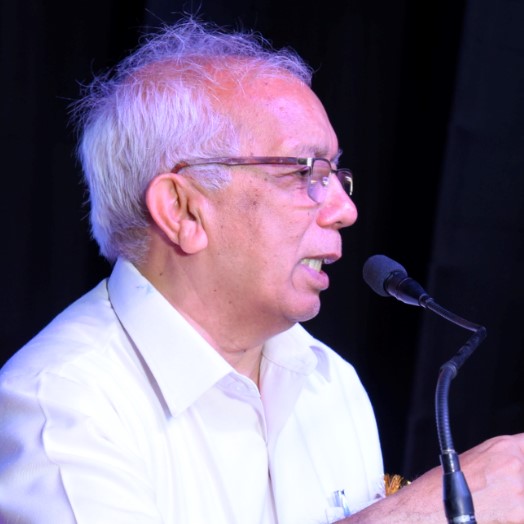 On such a beautiful occasion, the Chairman of the school said that MESCO Public School and MESCO Institute of Pharmacy were a small effort for the public and development of the city so that the students might not go to other cities to get higher education and diplomatic degrees.

The Manager of the school, Mr. Tauseef Hasan Naqvi said that a person’s life without education remains in dark so every person should be well educated for the development of the country. 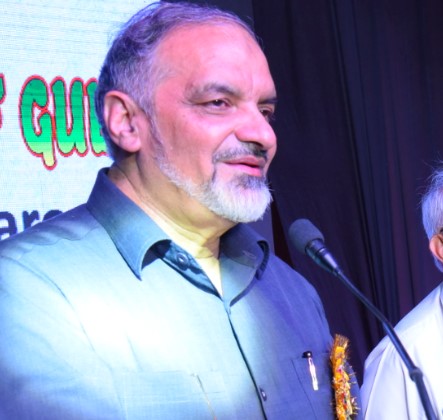 Dr. S. Farooq, The President of Himalaya Drugs Company were warmly invited as the Chief Guest and Mr. Z. U. Siddiqui as the guest of honor. The Chief Guest expressed his views saying that MESCO Public School is a great gift for the people of Amroha. He encouraged students, wished them for their bright future and motivated them to be religious minded, well-mannered and disciplined.


On that occasion, students and teachers were felicitated on the basis of their talents and abilities. 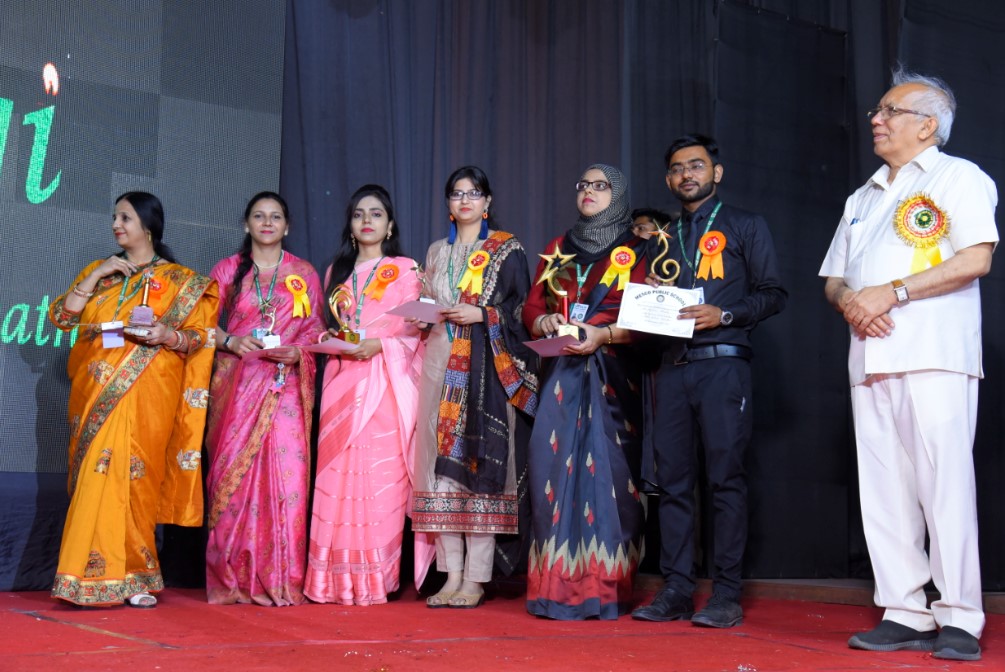 Moreover, the Chief Guest Dr. S. Farooq felicitated Mufti Usman Qasmi, an R.T. Teacher, by presenting him a shawl and presenting a gold pen with respect because Atyab Arshad, a student of class 9th completed his Hifz* under his guidance. 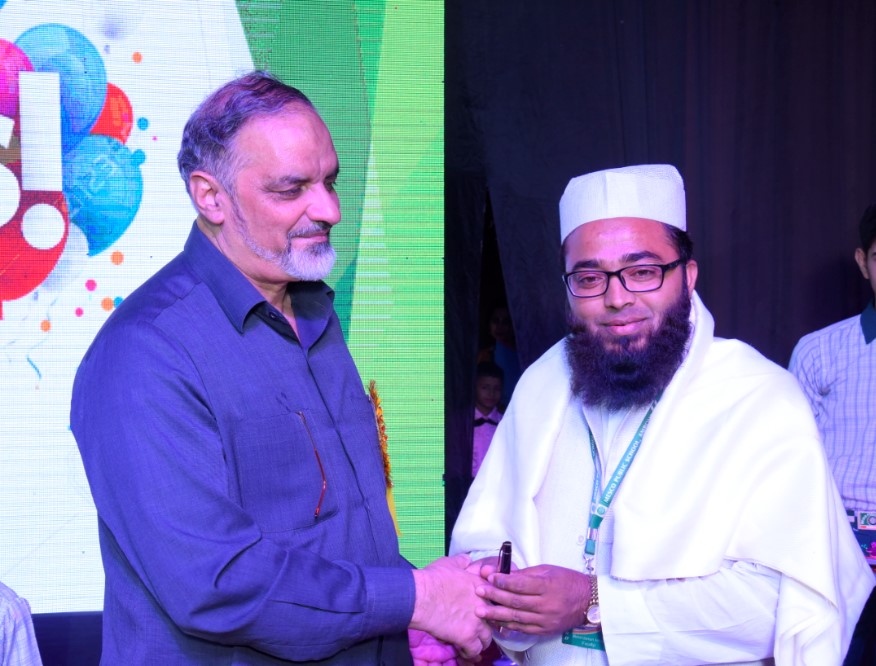 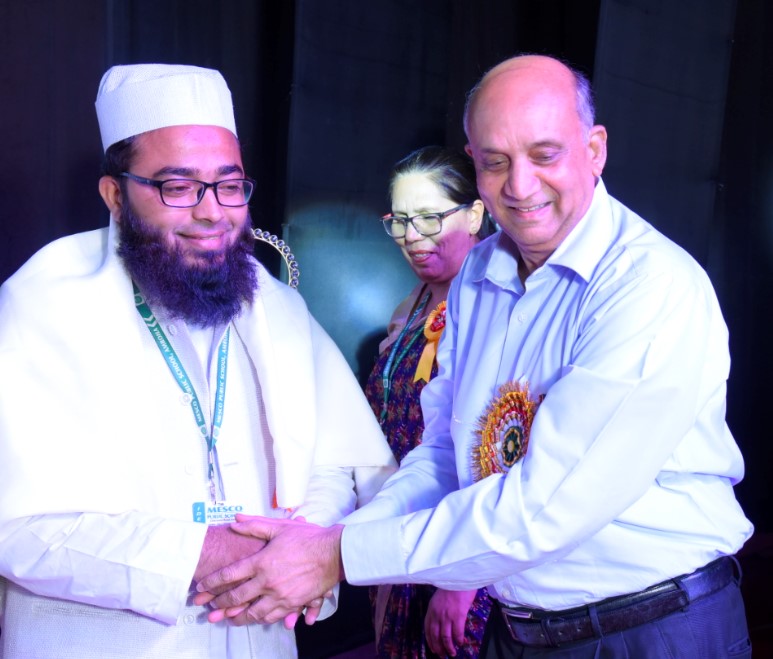 On that occasion Mr. Mehboob Ali, an M.L.A and former cabinet minister also expressed his views saying that a good teacher plays a very important role to make education valuable, so he should be ever alert and aware of his duties and responsibilities.