Best out of Waste

On 3rd August 2019 (Saturday), an activity ‘Best out of Waste’ was conducted in MESCO Public School from Class 9 to Class 12. This activity was one hour long and conducted in their respective class rooms in zero period.

The session was indeed valuable and distinct. Students found it really interesting and engrossed in the activity. The appropriate use of waste material infused passion, enhanced creativity skills and expression. It was an interactive activity where the students were instructed the right way to prepare creative and socially useful things by waste material. Overall this session helped the young souls for creative thinking.
Some shots were clicked on this event; they are as follows: 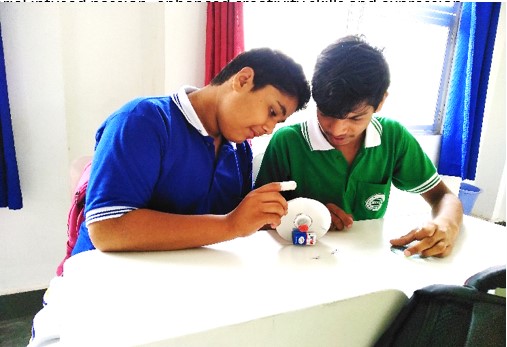 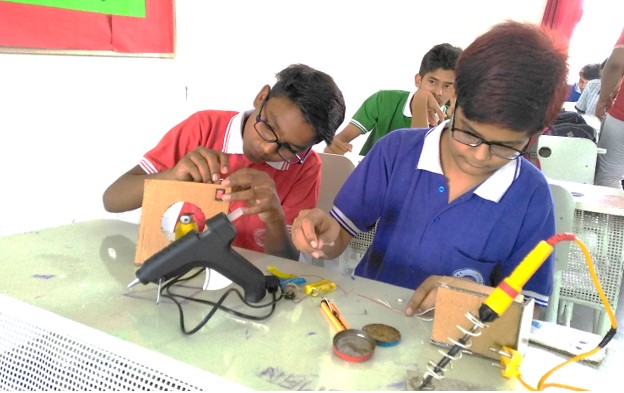 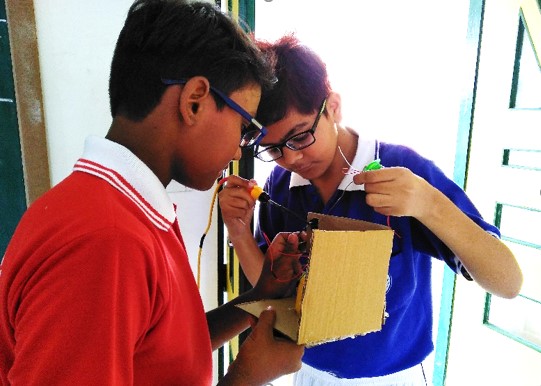 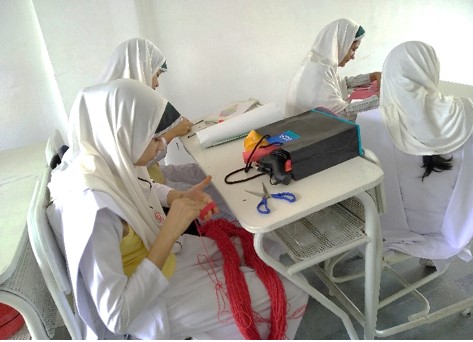 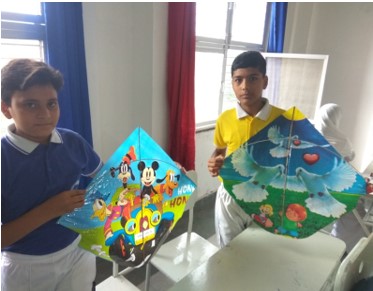 On 3rd August , 2019 (Saturday) there was a patriotic skit competition from classes VI to VIII . There was a group of 6-7 students from each class. The competition was conducted in the zero period in the activity room.The judges of this competition were Ms.Fabeha Touseef and Ms.Aisha Parveen.

Students performed very enthusiastically. They started their skit with the introduction of skit title. Each skit was of around 7-10 minutes. Students showed the relation between Hindu Muslim community, unity , democracy , contribution of our freedom fighters etc. They performed very well and judges also praised them. Judges said that some students improved a lot like Aqib, Safi , Sufyan etc. They said that many students showed their hidden talent through this activity.

9th of Aug 2019 (Friday). It was a wonderful day because our school has organized an activity of National Flag making. Class I & II of Mesco Public School were very much excited to participate in this activity. Activity was conducted in zero period. Class teachers remained in their respective classes. The aim of this activity was to give exposure to our students.

The teachers explained importance of our national flag and told them what the different colours of the tricolor stand for. (The Indian Flag is a horizontal rectangular tricolor with equally measured bands. The top band is of saffron colour, indicating the strength and courage of the country. The white middle band indicates peace and truth with Ashoka Chakra. The Ashoka Chakra is the depiction of the Dharma Chakra represented with 24 spokes. Ashoka Chakra is also called the wheel of duty. These 24 spokes represent 24 qualities of a person. Ex. Chastity, health, peace, sacrifice, morality, service, forgiveness, love, friendship, fraternity, organization, welfare, prosperity, industry, safety, awareness, equality, co-operation, duties, rights, wisdom) The last band is green in colour shows the fertility, growth and auspiciousness of the land.

Students were encouraged to participate in the activity. They enthusiastically pasted ‘Ashoka Chakra’ in Tiranga. Primary children were actively engrossed in colouring in the Flag of the country. They expressed their thirst of learning. They used pulses, a piece of paper and glue for making an attractive national flag. They participated with great enthusiasm. The activity was appreciated by all the faculty members of Mesco. 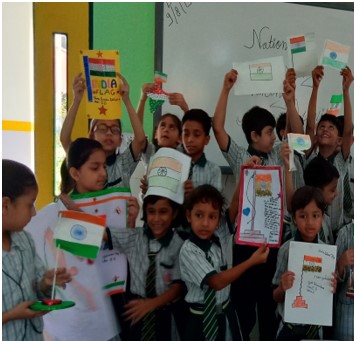 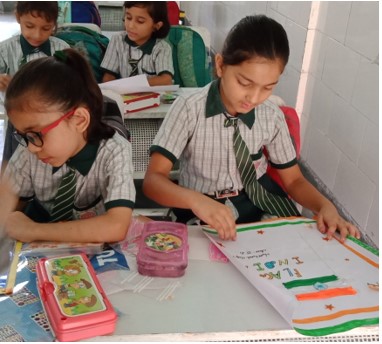